Bezos a white knight? Don't count on it

I was at a journalism conference in 1999 or so when somebody in the audience asked a Los Angeles Times panelist why the Times had expanded into the online world and exactly what The Times had planned.

His answer was pretty good: "It's just like when you play Monopoly and you land on Marvin Gardens. You buy it even though you don't know what you're going to use it for."

That insight came to mind this week when Jeff Bezos found an extra $250 million in the pockets of his jeans and purchased The Washington Post and a few other Post properties.

Since then, the chattering class has taken hold. (Although the funniest reaction came from The Onion, right here, which reported: "Bob Woodward Gets New Job.") 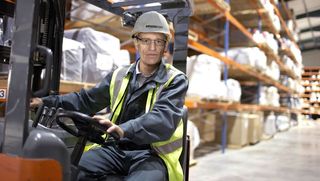 Ever hopeful of a white knight, some journalists say that it's Bezos's way of saving good journalism, arguing that the future of newspapers resides with civic-minded billionaires in place of the traditional civic-minded millionaires of a generation ago.

Skeptical observers say that Bezos has an agenda. After all, if his motive is philanthropic, why didn't his foundation make the purchase? Is he trying to increase his political influence for his own economic interest? Does owning the Post help Amazon in some particular way?

Like every question about the future of journalism, no one -- including Bezos -- can know how it will all shake out.

But it's worth remembering this: what happens at the Post -- or The New York Times or any other paper of national influence -- probably won't affect the average American newspaper. For community newspapers across the counry, there's no Bezos bailout on the horizon.

The problem your average newspaper faces actually doesn't involve content -- or at least, not directly. The problem is that the advertising revenue that newspapers once enjoyed has gone elsewhere: to Google, to Facebook and especially to Craig's List. Without that ad revenue, news staffs have been cut, never to return. And without adequate staffing, content suffers and the audience (once known as the readership) goes away.

Even Bezos can't fix that.